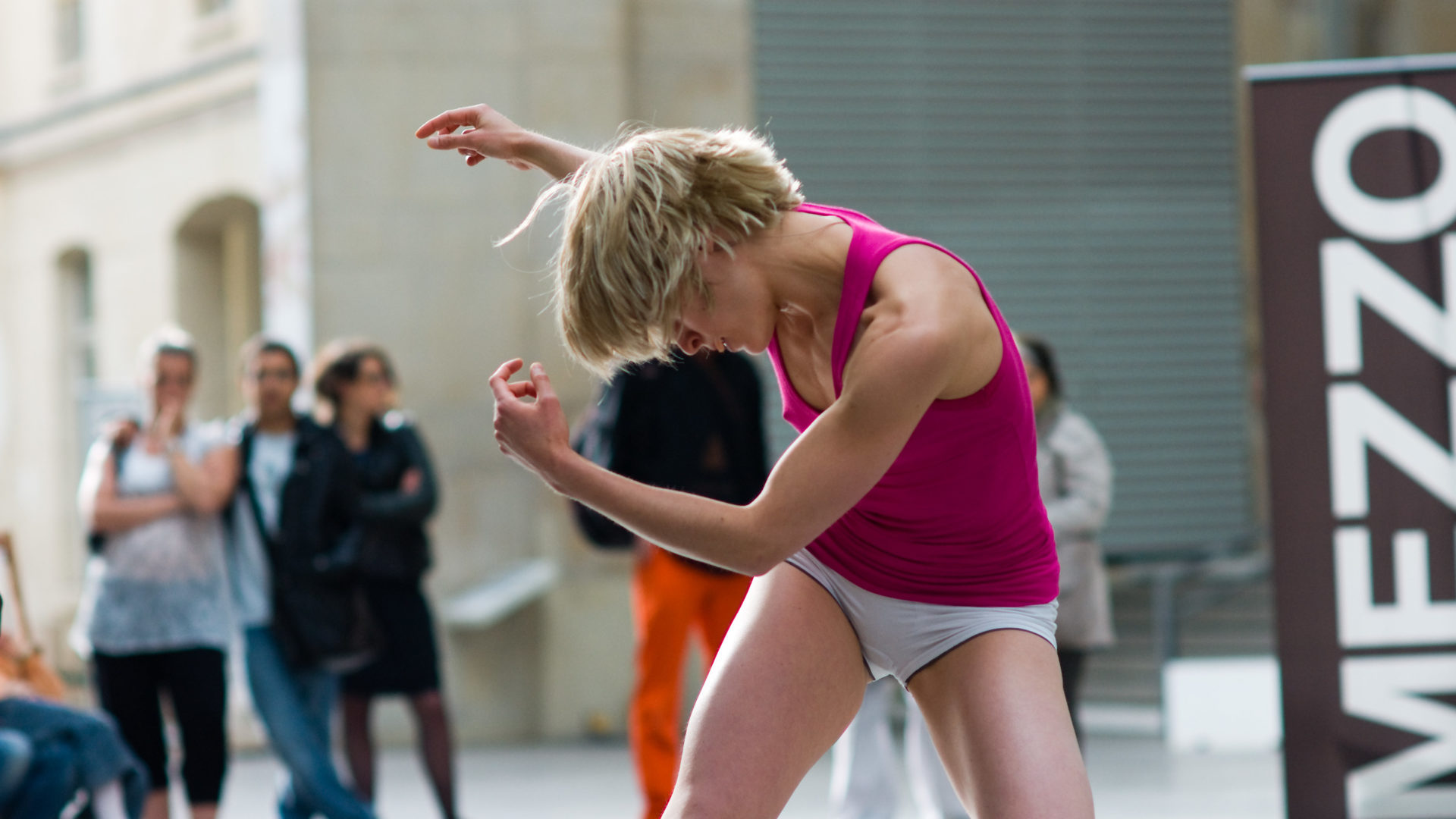 I saw Toshiko Oiwa dance for the first time with Bill T. Jones / Arnie Zane company’s Still / Here at la Maison des Arts, Creteil in 1995. Little did I know I would meet her a few years after at some friend’s diner in Paris.

Soon we decided to work together and do an improvisation at La Chaufferie in Saint Denis (company DCA, Philippe Decouflé). Right from the start we settled on what would become our modus operandi ; I play without watching her, and instead perceive her dance through the sounds that her body produces while she moves around. The only thing we tell each other before starting is ; just be in the moment, don’t looking back or forward.

Each session was filmed. To watch these clips of a total improvisation is quite an intense experience, for it reveals the extent of Toshiko’s artistry and through the grace of her dance, the music takes a new dimension.

Originally from japon, Toshiko did her class in New York in the early 90’s. First at Juilliard School, before joining Twyla Tharp and Bill T. Jones/Arnie Zane comapnies. In the 2000’s, she came to France and joined Angelin Prejlocaj company in Aix en Provence. After going back to Japon for a few years, Toshiko now lives in Brazil where she leads various projects.

I’m looking forward to Bird’s Improvisation #5, wherever it may take place.